As some of you know, I've been working on a Batman fangame called The Caped Crusader, a Zelda-meets-Arkham game based primarily on the Court of Owls story arc.

Yes, there is still a stuff going on with the game. Never, of course, as much as I'd like (damn day job), but there is stuff happening. I'm adding a picture of an area, today. ACE Chemical, where Batman encounters... the Joker? 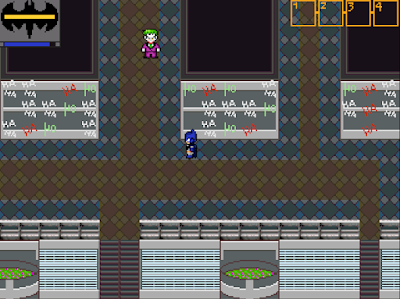 I wasn't particularly fond of this area until I added the graffiti. I think it adds something and makes the game feel more "Batman".

Anywho, enjoy. And check out the game's official blog for more.
Posted by T Vulture