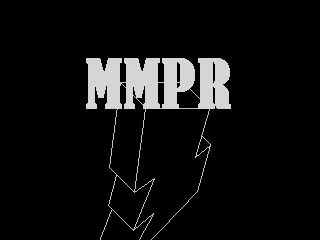 So, previously I pitched a game based on Daredevil. Now, I've got another idea, so here we go.

As always, I work with RPG Maker 2003. I have been working with this program for a while, so most of my ideas begin with "How would this work on RPG Maker?" I'm hoping I can make an interesting game with solid core concepts regardless of the limitations of engine I'm using.

Okay, so like Daredevil, Power Rangers hasn't  exactly had a glowing history in the gaming medium. The most notable games in the franchise have been the Power Ranger games on the Super Nintendo/Sega Genises, and even those games were stock-standard beat-em-ups with no story and character models that were all recoloured versions of the red ranger- even the female ones!

In recent years, Mighty Morphin' Power Rangers: Mega Battle was released and it was absolutely panned for  uninspired gameplay, and a bad Megazord sections. Fans of the series exist, but they're yet to get a game that is even decent, never mind good.

Power Rangers as a TV show is a franchise unlike any other. Every season since 1999 has seen a new iteration of the concept, only to be dumped after two seasons at most. As such, it's gone in and out not just with fans, but with production companies as well. It's ping-ponged between Saban and Disney, and is now in the hands of Hasbro. This means that, even though Mighty Morphin' is considered the quintessential series, it's been difficult to really pin down what a true Power Rangers experience needs. In many ways, Power Rangers is whatever it's showrunners need it to be. Translating all of that into one game will be difficult to say the least.


Another problem for me is that because of the program I'm using, Zord combat is going to be challenging. Sprites in RPG Maker can only get so big, so communicating the sheer size of the Zords is not going to be easy at all. I've thought of some possible solutions, but so far, none come close to doing what I  need them to do.

Fortunately, I have an idea. One that should be able to fix most of my problems. It all begins with story.

It's been hundreds of years since anyone even uttered the word Power Rangers. When the Rotlings came to earth, the planets last team of rangers were unprepared. They fell quickly, and the Morphin' Grid- the source of their power, was broken.

In a future where apocalypse is reality, humanity struggles to survive. Forced to hide from the Rotlings, our species works tirelessly to secure, food, water and energy wherever it can be found.

This isn't enough for Eustace, though. An artist in a world of warriors, Eustace reads stories of a time when humanity didn't just survive, they thrived. They progressed. They lived. Desperate for anything that remains of a better time, he ventures into the forbidden city of Angel Grove. While there, he stumbles upon a cave, awakening an ancient being calling himself Zordon. Zordon offers him a solution to mankind's predicament: restore the Morphin' Grid, become the White Ranger and gather other rangers to help him save humanity from the Rotlings forever.

I first got the idea for this game while, oddly enough, playing a Pokémon fangame and watching the original Japanese version of Power Rangers, Super Sentai. MMPR, as I'm calling this project is a mixture of gameplay styles from the original Resident Evil games and Dynasty Warriors.

You assemble a team of three or four rangers and spend time playing in both civilian and ranger form. In human form, your goal is to avoid being killed by the monsters that plague your world. Your fighting skills are enough to keep monsters away from you, but you cannot deal damage. In this form, however, your power bar gradually increases. When full, you can morph into your ranger form. In this form, you use simple combo attacks to deal damage to and kill enemies. Your time in this form, however, is limited as your power bar will start to decrease. You will turn back to human form when your power is spent. This should turn the game into a careful strategy of morphing at just the right time.

Missions will be based around going to different cities throughout the Power Rangers franchise and restoring the Morphin Grid. As you do so, you will unlock new suits for the seven (yes, seven) rangers. Each one will be based on one of the teams in the show's history (with some changes to colours to fit the colours of the characters) and will bring new movesets and stats to the characters.
Bosses will also be based on popular monsters from a range of seasons (the psycho rangers from In Space are totally making an appearance), and will be the basis of each area's structure.

Now, I will admit. Currently, I have no plans to use the Zords. My in-story excuse is that the rangers simply do not have the Morphin' Grid power to make the Zords work, but they may yet appear as special attacks that can clear a large area.

As with all pitches, I'm not certain this game will ever come to fruition, but I've had the idea in my head for too long, now. At the end of the day, never say never, but I'm glad to get this idea out there.

Now over to you- is this an idea worth pursuing or should I never touch this franchise again with a ten-foot pole? What suits do you think should make it into the game? Let me know, I'm interested in feedback.
Posted by T Vulture