So, I use RPG Maker a lot. I've been using it since I was 16 (For the record, I'm 30 now). And for the moment, I'm going to play pretend. I'm going to pretend that I was going to make a game based on Daredevil.

Before we go further, I should point something out: I'm going to pitch games based on my ability to make them. This means, unfortunately, no three-dimensional environments or characters. These games are going to be mostly 2D, and something that I may make later on- we'll see.

History of Daredevil in Gaming

Outside of games that feature the wider Marvel universe with Daredevil as an option for playable character, there has only been one game made for Daredevil (well, only one that actually got published). It was this one for the Game Boy Advance in the early 2000s: 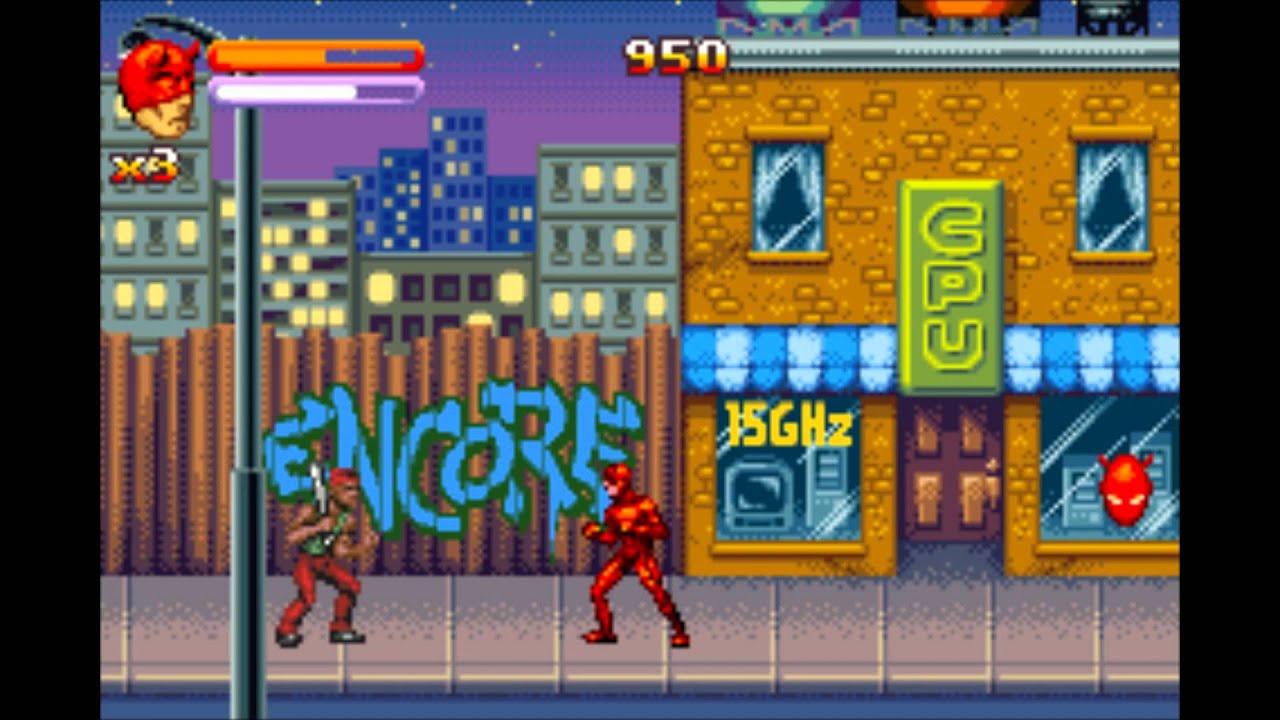 If the game looks like a stock-standard beat-em-up, that's because it is. Every now and again, the screen will flash, indicating that Daredevil's radar sense detected something, but that's about it. There were  main console games planned for the PlayStation 2/Xbox and the PlayStation 3/Xbox 360, but they were both cancelled.

Thankfully, I don't have to try and make Daredevil popular at the moment. Before 2013, I doubt  I could say that, but thanks to Charlie Cox and his appearances on Netflix, Daredevil's gotten enough of a mainstream appeal that I don't have to sell the character's appeal to people who aren't comic fans anymore. 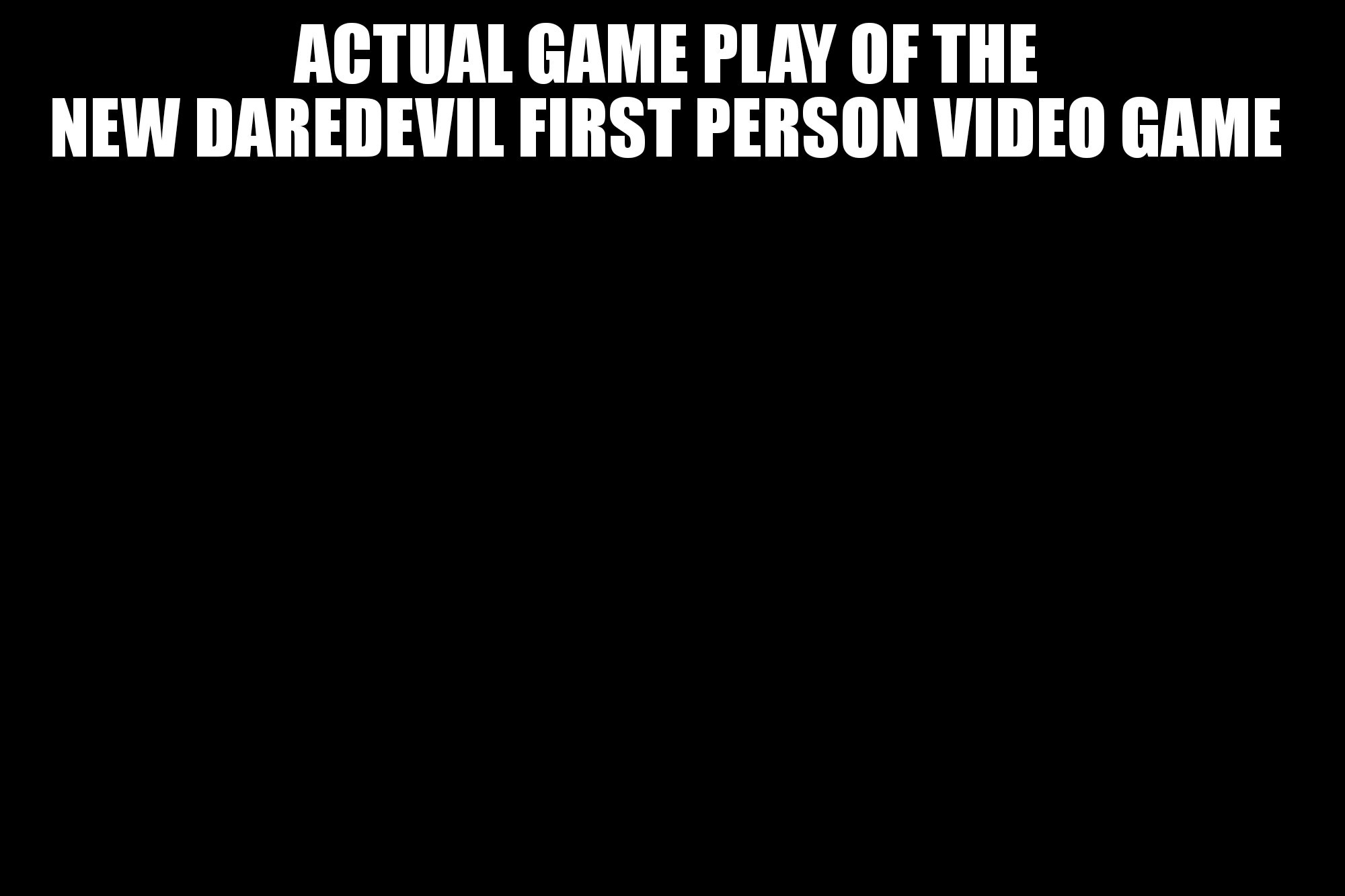 The problem instead, will be to deliver an experience that makes the player feel like Daredevil. The first-person Daredevil game is a meme that will never die as long as people are talking about superhero games. The thing is: just making a regular fighting game and putting a Daredevil sprite in it doesn't feel like you are playing as Daredevil. It makes you feel like you are telling Daredevil what to do from a distance.  Therefore, the first major challenge will be to put the player in a position where he feels he sees the world as Daredevil instead of someone who is looking at him.

The second problem, and this is one that is going to loom over superhero games forever, is that there's already been a game that does punchy-stealthy gameplay for a character with pointy bits on his mask that covers everything but his mouth. Which begs the question; how do you make a game that makes you feel as though you're playing as Daredevil without people thinking you just reskinned Arkham? The game needs to feel like it's distinctly its own thing, or what's the point of it existing, honestly?

Before we go too far into any of these questions, I want to get the story out of the way. Not because it's insignificant, but because it will set what kind of world Daredevil inhabits. It will also allow us to figure out what kind of bosses the man without fear will face.

It's a pretty simple one, really. While on a mission to find out why one of Matt Murdock's clients has been kicked out of his home, Daredevil finds the dead body of the Kingpin. Naturally, news of this gets out, and now everyone wants a piece of Hell's Kitchen- the Hand, the Serpent Society, Owlsley's gang- they all want to be in charge of the Kingpin's vast resources for different reasons. Daredevil's in for a long fight as he rushes frantically around trying to stop a slew of villains who have now taken a sudden interest in his stomping grounds.

This sets Daredevil very firmly in his home turf of Hell's Kitchen. Visually, the world is going to look fairly minimalist. See an example of the environments below: 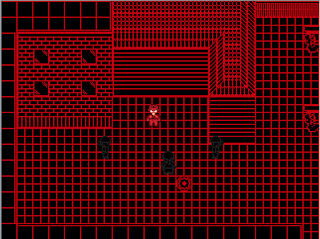 The look I'm going for here is Daredevil's vision from Mark Waid's run in 2011:

The environment will fade in and out according to how much sound is in the area. As noise increases, secrets around the level will appear which will encourage the player to undertake various puzzles. Enemies and things with a more biological element can be smelt and they appear as a different colour to the background (Grey for unfriendlies, brown for trash cans and, yellow for friendlies).

Traversal will include certain things I've seen in cancelled Daredevil games, you will be able to travel on rooftops and "rail grind" over electrical cables between buildings. I'm going to avoid grappling hooks to stop the game from being "too Arkham-y". 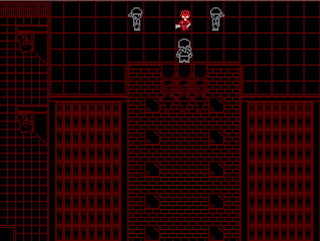 Throughout the game, the player will be able to perform tasks for his clients- mostly evidence-gathering for clients who need help. As he gains them, he will earn points that can be used to upgrade Daredevil's stats.

I know the big question- will the game be open world? In short; basically. It will be open in the same way that The Legend of Zelda: A Link to the Past is open. You will still have to take on various levels, but the map will be more a matter of asking "what can I find here?"

Okay, here's the difficult part. I had to form a system that was different to Arkham. So here's the way
things go. The three pillars of Daredevil's combat style are his own martial arts, his billy club and his acrobatics. Therefore, we have one key for a regular strike, one for a special application of the billy club (which can be changed with the number keys) and one to jump. It's a simple enough system that will progress as your repair the billy club that gets broken early on in the game. 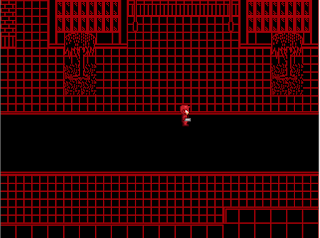 This is an action game, first and foremost. To separate the game from Arkham, I'm not going to include stealth sections. In it's place, I'm going to include tracking sections where you take advantage of Daredevil's sense of smell. Basically, you find something with a character's scent and follow it to rescue or attack them. Tracking will occasionally allow you to follow certain significant enemies at a far enough distance that they can't attack you.

Otherwise, the game will sell itself on combat against large numbers of foes. I'm thinking 10-15 at a time. The levels will also be puzzle-based in a way that requires clever use of movement to solve.

And that's about it. If I see enough positive feedback on this, I may even try for a tech-demo on this one.
Posted by T Vulture