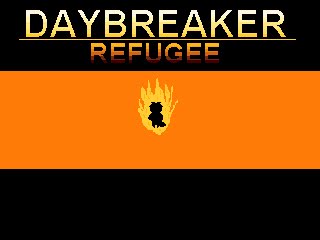 Last time I wrote here, I introduced you guys to Ghostman. Now, it's time for another character. This one, I call Daybreaker. This is part of the Riskmen Universe. 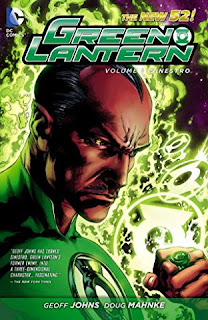 If you look at Daybreker's design, there's no denying that I'm heavily influenced by Superman Action Comics and Peter J Tomasi's Superman. I'm also drawing heavily on Geoff  John's Green Lantern. There's not a lot of influence from Marvel, I was somewhat influenced, though, by what I read in Jonathon Hickman's Avengers run.
comics, so there's no point in even pretending that I never thought of them. Particularly, I'm influenced by Grant Morrison's run on


Gameplay-wise, I'm borrowing a lot from older side-scrolling beat-em-ups. River City Ransom, Double Dragon, SNES titles like Mighty Morphin' Power Rangers and Teenage Mutant Ninja Turtles: Turtles in Time all influenced the level structure. I learned a lot about how I want to pace each level in the game from the classic Sonic games and even the more recent Sonic Mania. As I'm working with a top-down perspective, I can't deny the influence of The Legend of Zelda: A Link to the Past.


Does it sound like I'm dipping my finger in enough proverbial pies yet? Yes? Too Many? Also Yes? 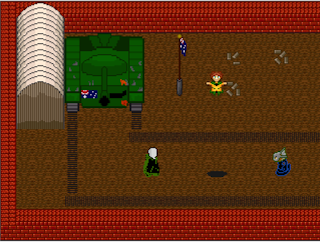 All Marcus ever knew was life on earth. He's only ever known his job as a firefighter and his home life looking after his genius daughter, Erin. One day, however, a strange creature attacks Marcus while he is putting out a fire in an old block of flats. In the middle of that attack, Marcus' body lights up and he rams the creature, killing it. Not long after, Erin reveals who Marcus really is.


Marcus's real name is Marvus Al-Turr, a member of the Daybreakers. The Daybreakers were a corps dedicated to monitoring the activities of universal rulers. When the galactic Prince Zazrael turned his attention to eliminating the Daybreakers, Marvus took Erin, who in reality is a living supercomputer named Enfinity, and retreated to earth. When Marvus attempted to leave Enfinity on earth and go back to fight Zazreal, Enfinity reprogrammed his mind to make him think he was an earth native.


Now, though, Zazrael has learned where Marvus, has been hiding with Enfinity. He's sent his best men to retrieve Enfinity and learn the secrets of what Daybreakers remain. Marcus needs to regain his memories and skills to defeat Zazrael's minions and protect the planet he now calls home.


Yeah, it sounds more complicated than hopefully it is. 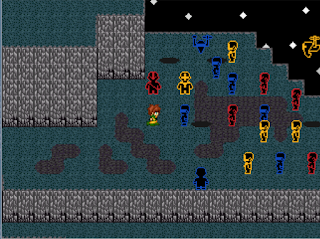 Daybreaker- Refugee will follow a linear structure- one level after the other with maybe some branches allowing for "sidequest-style" missions. Gameplay will be mostly similar to a common beat-'em-up. You'll have a button to do a basic, physical attack, a button to use one of your combat powers and a button to switch between flight and ground-based combat.

Daybreaker uses solar energy to perform some of his more devastating moves. Right off the bat,
you'll get the ability to light your body up with energy and ram an enemy, but you'll also get the ability to create a light construct clone, plant a "solar bomb" and, yes, launch energy blasts Goku-style. The ability to do this will depend on whether or not your character is in full daylight (they won't always be), as sunlight will fill Daybreaker's "Special meter", which allows him to perform these attacks. As Daybreaker unlocks more of his past memories, he will gain the ability to use these abilities. 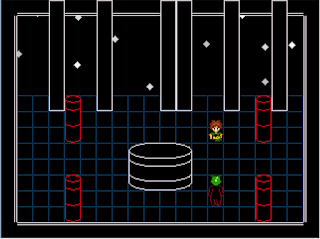 Emphasis will be on trying to move and fight quickly, getting through a level quickly and with less damage will award you will be awarded with more EXP to spend on upgrades for your abilities. These will come in handy most during boss fights, which will be mostly against Zazrael's different generals. These bosses will be multi-stage affairs and will take a fair bit of time to really take down.

I'm considering a new-game plus mode. Perhaps where each level takes place at night, so you need to be careful about how you use your solar power, or where your health is slowly chipping away, forcing you to get through levels quickly.


That's currently all for now, next up is Blue Fury and the Temple of Ishdun.