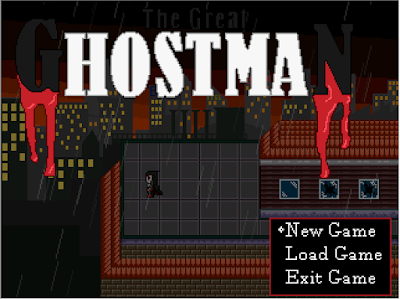 Okay, so last week I introduced the Riskmen universe. I gave an overview of the entire city of Newchurch and a basic rundown of the characters. You can check on that here. Today, I give you the pitch for the first game in the universe; the one that's currently in production: The Great Ghostman. As with every game pitch, the plan is to make this using the RPG Maker 2003 engine (though I'm considering other things). 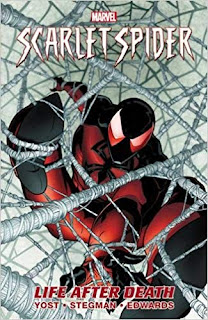 So first, time to talk about the main influences in this game.


Let's start with story: I was heavily influenced by Christopher Yost's Scarlet Spider, featuring KaineNightwing trade ever written and Scott Snyder's Batman, which encouraged me to add a slight horror element to the plot. For gameplay, my main influences are Double Dragon and The Legend of Zelda: A Link to the Past. I'd be lying if I said that the Arkham games had NO influence on me (I'm making a superhero game- it's going to have an influence), but the only one I've played is Arkham Origins- Blackgate, so take that as it is. There are a range of RPG Maker 2003 games that have taught me a lot about using the system.
Parker. In fact, I came up with the character not long after reading the first trade in that run. Other books that have influenced me are pretty much every 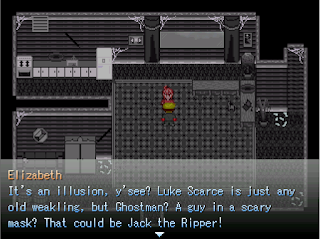 When Luke Scarce was young, his mother died of cancer. His father, after years of trying to cure her, took his life. Without the guidance of mother or father, Luke lived only for himself. Training himself as a magician, his fame eventually earned him enough money to buy the old Grey's End Theatre in Newchurch City, Australia.

On Luke's first show, a gunman working for the crimelord Graeme Green opened fire on Luke and twenty other guests. Where his guests died, however, Luke lived, walking the line between life and death. Now, he takes the fight to Green's gang on behalf of the departed as Ghostman. 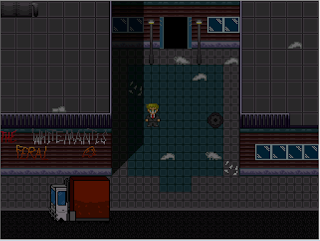 The Great Ghostman takes place in Grey's End; a derelict suburb in western part of Newchurch city.
The Green Gang practically own the area. Wherever you go, you find their graffiti. Schools set up there are abandoned and in disrepair. Building projects started, but never finished. There's more rubbish on the street than there is concrete. The people there, though, are a strong bunch. They look out for each other as much as they can, balancing their business and family demands with the fights for their own lives under the Green Gang. All they need is for someone like Luke to show them what is possible.

The Great Ghostman is an action-adventure game in a similar vein to the early Zelda titles. You wander Grey's End undertaking missions on behalf of the ghosts that populate the area. Some of those missions operate very much the same way as "dungeons" that Zelda players know quite well.

Combat will operate mostly in a similar way to the Double Dragon games. When in a combat situation, waves of enemies will approach, which you'll defeat with a range of attacks. Some of these enemies will be armed, however, and when you defeat them, you may be able to pick up their weapons and use them yourself.

Ghostman's abilities are based around two powers: his ability to walk through walls and his command of telekinesis. his phase shifting ability acts as a sort of dodge button when in combat, allowing him to walk through enemies before they can land an attack. Telekinesis can be used to pull enemies and certain object towards Ghostman or push them away.


In a game where you have ghost powers, its natural that some stealth becomes an important part. Ghostman has some pretty low defence stats, so stealth will usually be your first port of call. You can use telekinesis to bring down enemies and take them out before they see you.


Structure-wise, the game will feature 5 main levels and about 15 side quests. These side quests give you the opportunity to increase your stats.


So far, that's all I have to say about the game. Next I'll be talking about Daybreaker: Rebel, where the universe goes into space.
Posted by T Vulture