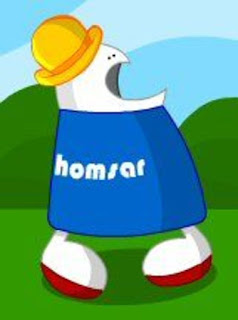 I've been wanting to do a series of articles like this for a while.

The point of this is to take a word that gets thrown around geek culture communities- one that's often weaponized for some reason or another and show just how... nothing... that word really is. There's a lot of negative speak in geek communities and really, a lot of it is just that: speak for speaking's sake.

Why now? Well, it seems like an ample time to start. Recently, the Spider-Man rights went back to Sony, angering MCU fans, and getting Sony fans on the defense. We also had rumors going around that Bruce Wayne was going to lose the mantle of Batman to have it taken up by an unspecified black guy. People on the internet are STILL arguing about Batman v Superman three whole years after it's release in theaters. And don't get me started on whatever happens whenever someone mentions The Last Jedi. In all of these... *ehem* highly intelligent debates... the word "fanboy" has been passed around like the last cigarette in a mass execution.

So yeah, now seems like a good time to talk about the word "fanboy" all the things it gets used for and why it probably make you look stupider than the person you're using it on. For the record, anything here could be equally applied to the way fandoms use the word "apologist"- "fanboy's" upstate cousin.

Let's start with it's general usage, shall we? The word "fanboy" is typically taken to means someone who will only say good things about a thing regardless of the thing's imagined "objective" quality or lack thereof. I put "objective" in quotation marks because... well, it's honestly my plan for the next Scary Words article, but the short version is that what does and doesn't count as objective in art is far from cut-and-dry.

But it brings up the first problem with the fanboy argument. It is dependent entirely on the views held by the one using it. The person using it automatically assumes that his (for it is so often a "he") viewpoint is universal- that every person hates BvS or The Last Jedi or Spider-Man: Homecoming. and that this universality makes his opinion right. Though by recognizing that another person sees it differently in the first place, he proves his concept of universality immediately false. Absolute truths are true for every single person no matter what happens and irrespective of opinion- it's the reason nobody ever gets called a "gravity fanboy". If someone enjoys one thing that another doesn't, which one is the absolute truth? Opinions, even widely held ones are still opinions, so what is the fanboy argument really saying? That your subjective take on a thing is different to my subjective take on a thing and therefore... really, what are we concluding here other than that?

The next problem has to do with evidence. Because the evidence for accused fanboyism is almost always the same (that is; "I don't like a thing and you do therefore fanboy"), the burden of proof in an argument about who the fanboy is often a matter of who gets called it first. The accused then finds himself having to prove his logic, shifting the burden of proof onto the defense instead of the prosecution. The defense, after all, can't use such a weak argument a "Nuh-uh; you are!" and instead has to take the brand just because he didn't get to the keyboard fast enough.

By now it should be pretty clear that the term is often just a shopping mall of logical fallacies. In one convenient location, you have ad hominem, burden of proof, appeal to popularity and circular logic. You also have the no true Scotsman fallacy. Fanboys are often perceived as different to genuine fans. "Genuine fans", according to internet logic, would hate the thing that you like. No real fan would ever like The Last Jedi, so liking it makes you a fanboy. It is, by its nature, a weird and ironic form of gatekeeping; weird because the people it keeps out can't often be clearly defined, and ironic, as most fandoms in their early years were made up entirely of people who were those who liked things that were considered unlikable by any "normal" person.

Ultimately, though, the word fanboy is meaningless. It's attempting to associate capacity for logic with whether your personal taste matches popular opinion. If your under 25, it might be hard to imagine a time when geek culture wasn't mainstream. Today, nearly everyone male between 7 and 40 plays video games. Movies and TV based on comics are Hollywood's bread and butter. Dr. Who is popular in the US! But those of us getting to ages we never thought we'd see can remember a different time. Back then, we didn't NEED these things to be popular for us to enjoy them. Everyone else hated it? So what? We knew what it was and we knew it was good. At least, it was good for us. We were all "fanboys" back then, so why do we need to be scared of being so today?

That's all I'm going to leave you with for now. Next time, let's talk about the word "objective"- is it really as simple as Youtubers like to pretend it is?
Posted by T Vulture