This Was Almost: Power Rangers

So... most people likely to read this are probably quarantined by now (I mean, not Australia- we're all practicing unenforced social distancing which weirdly means not closing schools for some reason?) and I figure if I even try to talk about... y'know... that... people are going to feel more than a little irked.

How about something cool about Power Rangers? You know, the show that's essentially a re-skin of the Japanese Super Sentai franchise, using all the action scenes, but somehow getting a more ethnically diverse cast right from the beginning with zero whining from alt-right whatever-gaters?

So a few weeks ago the Rangers fandom was rocked when Hasbro announced that the next Super Sentai series announced for adaptation was Kishiryu Sentai Ryusoulger.

Well, the fandom lost their collective mind because this was going to be the FOURTH dinosaur-themed Power Rangers when Power Rangers: Dino Charge (which is exactly what the name suggests) was still fresh in memory.

Now, obviously, the nostalgia factor is there. You want to hit the fanbase right in the childhood? Make them think of Mighty Morphin'. But why is that season the big deal? Why is Mighty Morphin' Power Rangers the big, first season, especially when it's popularity in Japan was only so-so at best?

Well, it wasn't always going to be like that. Today, I want to take you into what could could have been Mighty Morphin Power Rangers. We'll see what the show was about, speculate about how a Sentai adaptation would have played out, and why it didn't turn out that way.

Before going too much further, I just want to make clear that this is all based on rumour. I've research this to some degree, but can't find anything concrete that this definitely is what was going to happen, but the rumour was that when first trying to start Power Rangers, show creator Hiam Saban was interested in adapting not Kyoryu Sentai Zyuranger, the show that we now know as the original Power Rangers, but it's predecessor, a show by the name of Chojin Sentai Jetman, or Superman Squadron Jetman. 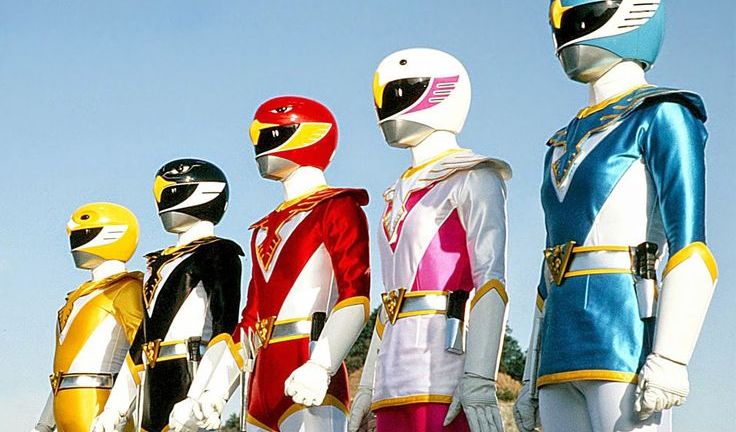 If you look closely at their helmet designs, it's pretty clear that they aren't Dinosaur themed. Nope, the main motiff for these rangers was birds: Red Hawk, White Swan, Yellow Owl, Blue Swallow and Black Condor. 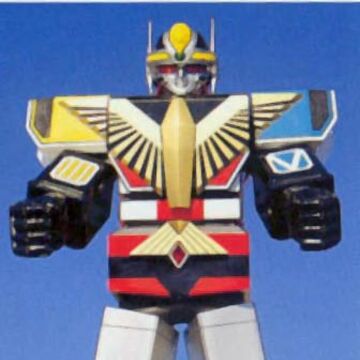 Do I need to spell out why this show wasn't adapted?

Okay, well, imagine you're making this show set for a 1993 release date. Do you go with birds? Or do you go with Dinosaurs in the same year that Spielberg releases Jurassic Park? Look, Jetman was a good show- unlike Zyuranger, it was regarded as some of the best Super Sentai had to offer, but you tell me which one's more instantly marketable.

Another advantage Zyuranger had over Jetman is that
Zyuranger had the sixth ranger, and without the presence of Tommy Oliver, I don't know if the show would have been anywhere near as popular.

But let's speculate: what would it look like if Mighty Morphin Power Rangers used Jetman as a base?

Honestly, it wouldn't be that different.

See, when the original American writers for Power Rangers saw the Sentai footage, they saw it with absolutely zero subtitles. They had to piece together what was going on from visuals and music with no knowledge as to the what the characters were saying.

Because of that, for the most part you could have had almost the same first season. The suits and zords would have been different, but Jason? Totally could be the red ranger again. Zack? Definitely Black. Kimberly? Tell me White Swan couldn't as easily be called the Pink Ranger. The only characters who would change costumes would be Billy and Trini and that's just because the blue and yellow rangers look like this:

And yeah, I know the yellow ranger in Mighty Morphin' was originally played by a male actor, but convincing kids that the two above aren't their original genders is something a stretch.

There would also, with no sixth ranger, be no Tommy, and no Rita. Rita would be replace by this guy: 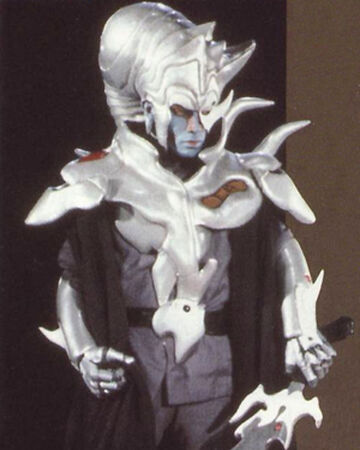 But aside from that, the story would be basically the same. Bad guys come to Earth with intentions to destroy it because... bad guys... Zordon recruits five teenagers with attitude. Said five teenagers beat up a monster of the week until the next season, where they use the next sentai's Zords and maybe even the suits to keep the toyline healthy and the cheaply-made show continuing.

So that's what Power Rangers almost was. You can find Jetman  in some places online and on DVD if you're interested in seeing the show. Other than that? This was fun. Might do another one of these some time. Beast Wars Transformers, after all, had a very different original plan as well...
Posted by T Vulture

Email ThisBlogThis!Share to TwitterShare to FacebookShare to Pinterest
Labels: Power Rangers, This was almost...