The Pitch: The Riskmen Universe 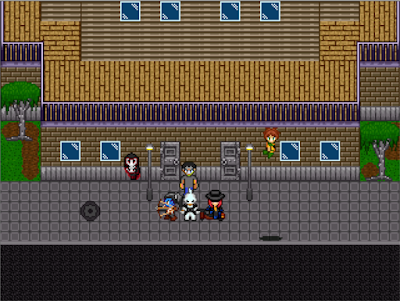 If you've been looking long enough at my blog, you will see that I'm a bit of a superhero fan. I was a 90s kid and grew up in the golden age of superhero Saturday cartoons. Batman: The Animated Series, X-Men, Power Rangers, Ninja Turtles and a range of also-rans made up a large part of my mourning routine.

Something I did that a lot more of, though, was make up my own superhero characters. My reasons were pretty personal. I was born with sight and hearing problems- some of which weren't fixed until I was twelve. What this meant was that I couldn't entirely trust the world around me. My imagination was a world I could trust. As such, considering the shows I was watching and the stories I was consuming, it was only natural that I invent my own super-teams with their own abilities and aesthetics.

I'm 31 now, but seeing what I can pull out of my imagination is still my main pastime. It's the reason I work with game-creation tools as a hobby. With that in mind, let's introduce my concept for a superhero game universe.

Rules for the universe:

Firstly, I'm not making this universe too big. Five heroes get their own games, one is reserved for the teamup. Six games in all, with the possibility for sequels later on.

Secondly, each game will be structured differently. Not every game will be an open-world, Zelda-like adventure, nor do I think it needs to be. Some will be linear, some won't.

Third, and this is a personal gripe. I'm not make my female characters "adorkable". Leave that rubbish to the CW. If my male characters are allowed to have personalities not lifted from Frozen, so are the women.

Fourth, each game will be set in or around one city. Let's set the scene in the next sub-heading.

For location I'm taking what I think are the best parts of Marvel and DC.

From Marvel, I'm taking the notion that all heroes live in the same city. It makes the teamup that much more believable, and allows for some more street-level action throughout each game. Each game will take part in a different section of the city. From DC, I'm using the idea of the fictional city. This should allow for enough freedom for me to design the whole city to accommodate gameplay, rather than trying to warp the gameplay to suit whatever city I base this in. Aside from that, this city is going to be based in Australia. This is for no other reason than I'm Australian and I prefer to write what I know.

So let me introduce you to Newchurch City: 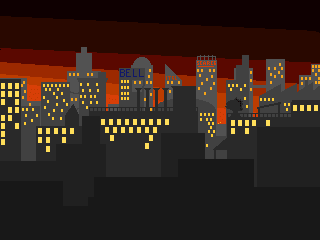 Newchurch is located in between the cities of Townsville (yes, it's a real place) and Cairns the north-eastern part of the Australian state of Queensland. In this part of the country, it's hot, humid and crocodiles are a constant reality. Demographics-wise, the region is home to a significant immigrant population from various parts of Asia as well as a large indigenous population of Australian Aborigines and Torres Strait Islanders.﻿

Alright, let's get to the important part. Who are our heroes, what are their origins what can they do and which ones get their own games?

Years ago, the Daybreaker's were peacekeepers throughout the universe, keeping an eye on corrupt rules. When prince Davarous declared war on the Daybreakers, all but three were destroyed. One, Marvus Randor, escaped to earth, took on the name Marcus Ray, and now uses his powers to protect his newfound family on earth. As a Daybreaker, Marvus utilises solar energy into blunt-force attacks. His attack of choice tends to be to cover himself in solar energy and ram opponents. He also possesses enhanced strength and the power of flight. Look out for him in Daybreaker: Refugee.

A world-renowned magician, Luke Scarce dies when his Newchurch show ends with a gunman shooting him and fifteen others. Where the others died, however, Luke found himself stuck walking the line between life and death. Half-man, half ghost, Ghostman now works on behalf of the dead to protect the living. Being part ghost, Ghostman is able to walk through walls. He fights mainly with the power of telekinesis and has the ability to see and speak to departed spirits. His game, The Great Ghostman is currently being developed.
Blue Fury

Indian-Australian Ashna Harolds has worked for Newchurch University for years. When she gets the opportunity to visit a small island off the coast of India to visit the temple of a long-dead cult, she discovers the Bow of Balance. Upon picking up the bow, the spirit of the Fury takes over and Ashna finds herself fighting to restore the balance between order and chaos. In her Blue Fury form, Ashna can enchant the arrows of a limitless quiver. She also has a healing factor, which makes her the perfect divine weapon. You'll learn more about her in Blue Fury and the Temple of Balance.
The Outrider

A modern day Bushranger, Elsie Hammer's father fought police corruption and bike gangs as the Outrider. When he died in the line of duty, however, it became Elsie's turn to take her father's arsenal and motorcycle to become the new Outrider. She's an accomplished stunt rider, and carries an array of weaponry to finish her father's work and beat the corrupt rural police west of Newchurch. She rides into battle in Legacy of the Outrider.
Silver Shark

Aaron Miller's life is hard- an Aboriginal and Torres Strait Islander boy straight out of high school, he jumps to take the job of a courier. While transporting a strange device between Matthews Island and Newchurch Docklands, a storm knocks him into the water causing the device to explode. When Aaron washes up on the shore, he finds his DNA combined with that of a shark, Aaron now has a shark's agility, speed and magnetic sense (it's a thing; check it out). He'll stuggle between his indigenous and superhero identities in Silver Shark.
Dr. Patchwork 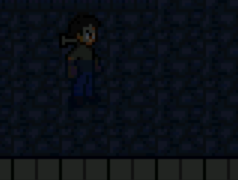 All Dr. Patchwork has ever known is life in the sewers. A creature created by man Patchwork only knows as the Witchdoctor, Patchwork escaped the villain's torment and reach the city above. A man made of parts of other men, Patchwork is regarded as a monster by the people of Newchurch. The fact that he is super strong and endurable doesn't help matters. He'll bring the team together in Riskmen Vol. 1: Riskmen Rising.

And for the moment, that's all there is to it. Look out for next week, when I introduce the first game in the universe, The Great Ghostman.﻿